Narration is a kind of writing that comes very naturally to most of us. Plainly said, narration is story telling. If we think of description as capturing a 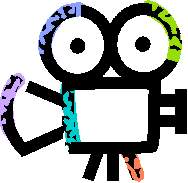 subject, object or scene as a snapshot, we can think  of narrative as what a movie camera might capture; that is, a series of scenes that may include conversation, background information, material that may help a reader (viewer) understand the story

(meaning/point) as it is presented.

In most pure description, meaning and feeling will probably be implied just by language the writer uses. In narration, we get to fill in the implications of the topic and further lead the reader to find a thread of meaning.

1)Narration locates the reader in time and space: Narration, then, starts somewhere (time and place), moves around, and ends somewhere. Narration can also be thought of as a parade of places, events and ideas that could be connected with the words "and then" to give a clear sense of movement through time and place (aka in fiction, as plot). But any movement through time will serve, i.e., natural time sequence (past, present, future), or any mix of those time settings in any order that furthers the point ( present > flashback> flash forward> simultaneous present, what-ifs, etc.). One definition of narrative calls it a map to a path through the wilderness... 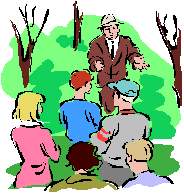 2) Narration has an identifiable teller of the account. This is called "point of view," that is, from whose perspective this story is being told. If the teller is in the first person, "I" is the narrator's voice. If the story/account is  being told by or through another particular person ( though anything can be a narrator...), usually a named person or the appropriate pronoun ( he or she), the teller/narrative voice is said to be in the third person. This element of "teller" can take many guises and even an "I" is not always the writer, especially in fiction. Non-fiction or most all essay writing does usually use an "I" as the teller, but sometimes may have no clear "I" identified. In these cases, the absence of a named or assumed "I" is known as a "disembodied narrator." There are lots of other kinds of narrators, but most are tools of fiction writers.

3) Narration makes or strongly implies a point that offers the reader a significant idea (meaning) to take away. This element of narration is presented in countless ways, so this is where the "proof of the pudding" usually shows. As that old saying goes, the proof of the pudding is in the eating, the proof of the narrative is usually in the meaning that the reader can take away for use in the real world. The meaning element is also the shaping tool for the story/account. That is,

These qualities are all heavily influenced by what the writer states or implies as the meaning (or point or lesson) of the writing. This meaning aspect of telling is the teaching element that characterizes the use  of story in many cultural traditions. Human culture began with the oral telling of stories that passed along history, beliefs, and everyday how-to information (medicinal plants, foods, crafts, locations, etc.). Beyond the creative satisfaction of making and sharing stories, this composing ability that we all use to recount experiences (real or imagined), is also recognized as a tool in maintaining psychological health and understanding our lives better.

So, narration-our ability to string together ideas and experience (non-fiction or fiction)--is fundamental to other kinds of writing and thinking. When we have our "train of thought" in place to convey information in a way a listener or reader can follow, then we can use various other compositional patterns (rhetoric) to fine-tune that process as needed.

Almost any writing will include a combination of description and narration. Creative elements such as comparisons/metaphors that can help readers understand the material may also be present to various degrees. These "artistic" qualities that may or may not be strictly factual, are especially  evident in what is now known as "creative" or "literary" non-fiction. Since "truth" and provable fact may be at best arguable notions, many kinds of ideas and information might be best conveyed in various "artistic" terms. Jacob Bronowski in an essay titled "Likenesses" graphically illustrates how the world of hard science actually relies heavily on such comparisons to explain ideas that are not easily observed by non-scientists.

So, both narrative and descriptive elements can help the reader have an experience of abstract ideas, explanations, accounts or stories. Again, if we think of a narrative/descriptive writing in cinematic terms, a narrative might begin, say, with footage of a modern New York City street at night (time and place), move to the close-up of a homeless man under a street light (give 5 sense data), then shift to a scene of little boy on a farm during the 1930’s (movement in time and place), then footage of a storm that destroys the farm, (information) and so on, till the story of this person, say, is told so as to convey a meaning. T

his could be a movie and this could also be the framework of a reporter’s in-depth account on the homeless population. Fiction and non-fiction have many shared elements and intentions. Journalism is often the home of essay writing because the meaning and narrator are often assumed to be the writer, and who that is may have some bearing on the impact of the writing. Fiction writing may certainly arrive at journalistic-type conclusions (i.e., history-based novels like Exodus or The Winds of War) but work much more in the what-if position than a non-fiction historically focused essay might. This "new" kind of essay often called "creative non-fiction" or "literary non-fiction" tends to blur the boundaries of fiction and non-fiction, and is a perfectly fine "form," for almost any writing. An idea credited to artist Pablo Picasso has much to teach us in many aspects of life: Art is a lie that tells the truth.