Please note this disclaimer:  Sources for these notes are credited as they are included.  Material from the Internet such as from Wikipedia,  etc. is intended as initial, general information only and should be regarded with the same rigorous scrutiny as any source presented as expert or authoritative. Further research in scholarly and professional publications is always the strongest way to find and validate authoritative commentary, studies and other formal inquiry.  jt

Stories occur all around us whether we acknowledge them or not. Any unit of time contains elements of story. Any span of a lifetime, or historical era is full of stories. To understand something about what a story is and what it is made of, some defining is a good place to start, as usual.

Tracing the origin and development of words to indicate story (in English) we find it defined as an:

"account of some happening," c.1225, "narrative of important events or celebrated persons of the past," from O.Fr. estorie, from L.L. storia and L. historia "history, account, tale, story" (see history). Meaning "recital of true events" first recorded c.1375; sense of "narrative of fictitious events meant to entertain" is from c.1500. Not differentiated from history till 1500s. As a euphemism for "a lie" it dates from 1697. Meaning "newspaper article" is from 1892. Story-teller is from 1709. Story-line first attested 1941. That's another story "that requires different treatment" is attested from 1818. Story of my life "sad truth" first recorded 1938. Source:  Online Etymological Dictionary. [emphasis added] 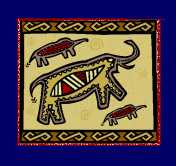 Story telling is as old as humanity, first expressed through the language of gesture, song and image, and ever more elaborately as spoken language developed. As humans, we all seem to be deeply interested in our common experiences, problems, solutions and almost any discovery.

In a nutshell, stories form around a main "problem," challenge or conflict and its resolution. A "problem" can even be the challenge/task of explaining something as might be expressed in a formal thesis statement. Since our lives seem to be a procession of problems, challenges and conflicts, right away we can relate. The pleasures of surviving such difficulties, even in print or on a screen, can make life seem better, as we've all experienced. Learning to find solutions to life's problems seems to occur through a process of imitation from infancy on. When we can see how one person has survived a problem or solved one like something we are faced with, we can deal much easier and more successfully with the challenge. Our current recognition of support groups as help in problem solving, recovery, personal understanding, etc. seems to evidence the value of information sharing aka story telling. In early societies and still in many native cultures, information is transferred mainly through story (See the work of Leslie Marmon Silko, N.Scott Momaday, and other "first peoples" writers for examples) Of late, even in academia, anecdotal information, personal truth and cultural knowledge have come to be regarded with renewed validity.

Storytelling is the conveying of events in words, images, and sounds often by improvisation or embellishment. Stories or narratives have been shared in every culture and in every land as a means of entertainment, education, preservation of culture and in order to instill moral values. Crucial elements of stories and storytelling include plot and characters, as well as the narrative point of view. Storytelling has existed as long as humanity has had language.           source: http://en.wikipedia.org/wiki/Storytelling

HOW THINGS AND PEOPLE CHANGE :The purpose of a story arc [like plot] is to move a character or a situation from one state to another Ń in other words, to effect a change. This change or transformation often takes the form of either Aristotle's tragic fall from grace or a reversal of that pattern. One common form in which this reversal is found is a character going from a situation of weakness to one of strength. For example, a poor woman goes on adventures and in the end makes a fortune for herself, or a lonely man falls in love and marries. Another form of storytelling that offers a change or transformation of character is that of "hero's journey," as laid out in Joseph Campbell's theory of the mono-myth in his work, The Hero with a Thousand Faces. Christopher Vogler's The Writer's Journey: Mythic Structure for Writers details the same theory specifically for western storytelling. 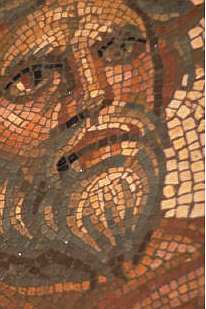 Each person's character is a primary part of why we do the things we do and think the way we think. Beyond the issues presented by various moral or ethical teachings, the idea of archetype can offer several perspectives of patterns in our lives. Archetype: An original model or type after which other similar things are patterned; a prototype. A more familiar generalizing term is stereotype, but an archetype tends to differ from a stereotype in that archetype expands the scope of possibilities and stereotype limits them. Some archetypes that relate to patterns in our lives are: The Mother, The Father, The Hero, The Child, The Lover, The Quest, The Warrior, Utopia.

Carl Jung used the word archetype, from Heraclitus, to mean the repeating patterns of the deep subconscious, patterns that appear in our dreams, sacred narratives, and great art. These archetypal energies can change not only our individual, personal lives, but also our collective, cultural lives.   source: Jeremy Taylor-writer and scholar

Like the patterns implied in the concept of archetype, the stages of life we all experience--and that are well known from Shakespeare--can also be ways to focus life story writing and even more conventional, formal kinds of composition.

"All the world's a stage, and all the men and women merely players."  From Shakespeare's As You Like It, 1600